Pipeline would improve the ease of living for the people of Kerala and Karnataka : PM

Blue Economy is going to be an important source of Aatamnirbhar India : PM

Prime Minister Shri Narendra Modi dedicated Kochi – Mangaluru Natural Gas Pipeline to the Nation through a video conference today. The event marks an important milestone towards the creation of ‘One Nation One Gas Grid’. Governors and Chief Ministers of Karnataka and Kerala, along with Union Minister for Petroleum and Natural Gas were also present on the occasion.

Speaking on the occasion, the Prime Minister termed this day as an important milestone for both the people of Kerala and Karnataka as the two states are being connected by a natural gas pipeline. He said the pipeline will have a positive impact on the economic growth of these two states. He said rapid expansion of Gas based economy is a must to achieve self reliant India and cited this as the reason behind Government’s push for ‘One Nation One Gas Grid’.

While listing the advantages of the pipeline, he said that the pipeline would improve the ease of living in both the states and reduce the expenses of the poor, middle class and entrepreneurs of both the states. He said the pipeline would become the base of the Gas Distribution System in many cities and would form the base of the CNG based transport system in these cities. He said the pipeline would provide clean energy to Mangalore Refinery and would play a major role in reducing the pollution in both the states. He added the reduction of pollution will have a direct impact on the environment akin to planting millions of trees which would help in improving people’s health and reducing their health related expenditure. He said that less pollution and clean air would attract more tourists to the city. He added that construction of this pipeline has generated 1.2 million man days of employment and would develop a new ecosystem of employment and self-employment after its commissioning which would help the fertilizer, petrochemical and power sector. It will also help India in saving thousands of crores of Foreign exchange for the country.

The Prime Minister cited that experts around the world say that in the 21st century, whichever country emphasizes the most on connectivity and clean energy would reach new heights. He stressed that the pace of work in the connectivity front in the country happening now is never seen before in earlier decades. He further said in the 27 years before 2014, only a 15 thousand kilometer natural gas pipeline was built. But rightnow work is underway on more than 16 thousand kilometers of gas pipeline nationwide which will be complete in the next 5-6 years. He also cited examples of increased CNG fuel stations, PNG connections and LPG connections delivered by this Government which was never seen before. He said these increased connections have reduced the shortage of kerosene and many States and Union Territories have declared themselves kerosene free.

The Prime Minister said since 2014, the Government has brought in various reforms across the Oil and Gas sector covering exploration and production, natural gas, marketing and distribution. He announced that the Government plans to achieve ‘One Nation One Gas Grid’ and to shift to a gas-based economy as this gas has several environmental benefits. He said the Government is taking policy initiatives to increase the share of natural gas in India’s energy basket from 6 Percent to 15 Percent. “Dedication of the Kochi-Mangaluru natural gas pipeline of GAIL is part of our journey to move towards One Nation One Gas Grid. Clean energy is important for a better future. This pipeline will help improve clean energy access” said the Prime Minister.

The Prime Minister said that efforts are on to prepare for the country’s future energy needs.To achieve this goal, natural gas is being focussed upon on the one hand, energy resources are being diversified on the other hand. He illustrated the point with examples of the proposed world’s biggest renewable energy plant in Gujarat and stress on biofuels. He informed the audience that sincere work is on for getting ethanol from rice and sugarcane. Goal of ethanol blending in petrol upto 20 per cent in 10 years has been set. The Prime Minister said that the Government is committed to provide every citizen affordable, pollution-free fuel and electricity.

As the Prime Minister was speaking to the two coastal states, he laid out his vision of fast and balanced coastal area development. He said that a comprehensive plan for the development of the blue economy in the coastal states like Karnataka, Kerala and other South Indian states is under implementation. He said the Blue Economy is going to be an important source of Aatamnirbhar India. Ports and coastal roads are being connected with a focus on multi-modal connectivity. We are working with an aim to turn our coastal region into a role model of ease of living and ease of doing business, said the Prime Minister.

The Prime Minister touched upon the fisherman communities in the coastal areas who are not only dependent on the ocean wealth but also are the guardian of the same. For this, the Government has taken many steps to protect and enrich the coastal ecosystem. Steps like helping fishermen with deep sea fishing, separate fisheries department, providing affordable loans and Kisan Credit Cards to the people engaged in aquaculture are helping both entrepreneurs and general fishermen.
The Prime Minister also talked of the recently launched 20 thousand crore Matasya Samapada Yojna which will directly benefit lacs of fishermen in Kerala and Karnataka. India is progressing rapidly in the fishery related exports. All steps are being taken to turn India into a quality processed sea-food hub. India can play a major role in fulfilling the growing demand of seaweed, as farmers are being encouraged for seaweed farming.-PIB

Delhi Public School comes to the city of Vapi 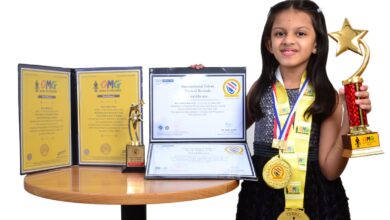 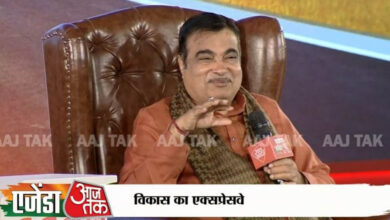 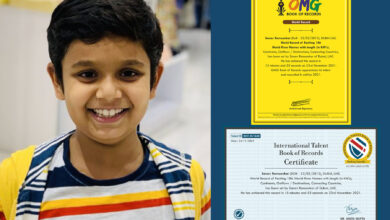 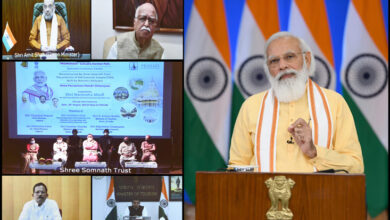