Air hostesses, cabin crew walked the ramp, which was made into runway

All the powerful women like Mrs. Indira Gandhi, Mrs. Nirmala Sitharaman wear simple and basic clothes, But they can be fashionable like Diana

Hyderabad, October 09, 2021: A fashion show with unique theme and participants held.  It was a fashion show with a theme “Fusion of Wedding and Aviation”.  The models were aviators, professionals from the aviation industry. They are air hostesses, cabin crew and others.  They walked on the ramp, sorry runway.  The ramp was converted into a runway.

Shwetha Reddy has eleven years’ experience. She worked with Globals as a fashion stylist and later became a Fashionpreneur.   She has worked in the Film industry with Shruti Hasan, Shreya and Trisha.  She has her Clientele all over India and the world.  Her aura is more into wedding designs. She has a vast experience as she was more into real and practical work rather than taking designs from the internet. She sources fabrics from all over and designs the best and customized outfits for her customers.

The broad concept of the sequences of the fashion show was the voice of women.  It was divided into three sequences further–Floral: innocent, delicate; Devil: ferocious; Love:  wedding, explained Ms. Shwetha Reddy.

The 3 sequences depicted the changing moods and personality of a woman. Woman starts her life delicate innocent as a flower and when taken for granted shows her ferociousness and finally spreads her love and smile when society understands her.

I got inspiration from Princess Diana that relates to every woman’s life, rich or poor. Royal or any status. What she deserves is only support, freedom, to recognize her talent and little love from the society says Ms. Shwetha Reddy.

To portray power,  a woman need not be in simple cotton clothes like Indira Gandhi wore   She can be fashionable, royal, rich like princess Diana where she lived for herself influencing all over the world and at the same time balancing her personal life and family, she adds.

Though her relationship was complicated and suffocating, says Shwetha, Diana respected her husband’s choice and went in search of love.  Though she was not born royal she never compromised with her fashion in any situation even immediately after her divorce though she was suffering with a rare disease. She looked elegant and powerful in her own outfits and appealing to all the ordinary public as princess of “love from heart” spreading her smiles.

Why does a woman have an expiry date for her dreams when she is married and starts her family with kids, Shwetha Reddy asks? Voice of Woman need not represent an old lady with wrinkles. The real struggle of a woman begins at the age of 35+ facing many challenges where she is still capable of everything that she does in her 20s with even more experience and maturity. Why can’t she compete with the next generation girls just because she has a family? This is the most important age where she needs to open up and speak for herself that is “Voice of Woman”, she says.

A woman is a strong human being, not just mentally or physically. That is why God granted her the capacity to give birth to a life.  A woman,  who not only runs the house but the world as well. She is multi-tasking. But why does a woman’s dream have an expiry date.  Things have slightly changed. They are free to do whatever they want to do.  Then she is expected to marry, start a family and kill her dreams.  So now is the time to realize that there is no expiry date.  She must be allowed to do whatever she wants to do before or after marriage.

But, the fun fact is, generally the powerful women wear simple and basic clothes.  The few examples are Smt Indira Gandhi, Nirmala Sitharaman, Malala Yousafzaiand the list goes on.

With all due respect, I think that anyone should tell them that they can be fashionable too, like Princess Diana.  Like even after her complicated relationship and a divorce, she chose to live a fashionable life and continued to influence the world.

Though she was not born royal and rich, she never let any situation compromise with her fashion.  She always looked elegant and powerful in her own outfits irrespective of the situation around her and age. So today’s show was all about this only.  A show that will empower and motivate all the women, that is the voice of women.

On 24th and 25th November at Marriott, Surat Hi Life Exhibition is back in Surat

On 1st and 2nd November at Marriott, Surat Hi Life Exhibition is back in Surat

On 9th & 10th of September at Marriott, Surat Hi Life Exhibition is back in Surat

Choosing the right Rakhi Gift for your sibling!

On 24th and 25th November at Marriott, Surat Hi Life Exhibition is back in Surat

On 1st and 2nd November at Marriott, Surat Hi Life Exhibition is back in Surat

On 9th & 10th of September at Marriott, Surat Hi Life Exhibition is back in Surat

Choosing the right Rakhi Gift for your sibling! 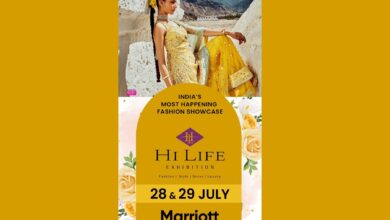 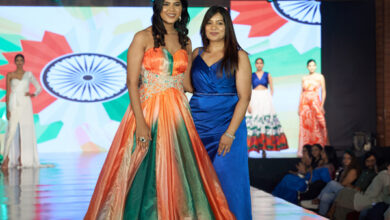 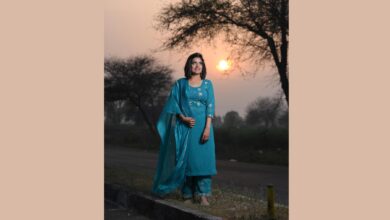