Rishabh Anupam Sahay has had a lot of recognition & international awards for his ad films and photography. The web series ‘Salt City’ however, will be his first in the mainstream fiction Indian OTT space where he will don not 1 but 3 hats for the show, i.e, as a Writer, Director and a Co-Producer.

‘Salt City’ has been making a lot of noise off late. The show will premier on Sony LIV platform from 16th of June, 2022 and is produced by Applause Entertainment. The show stars Piyush Mishra, Gauahar Khan and Divyenndu amongst other acclaimed actors.

Salt City is about the Bajpai family – a middle-class, north Indian family which settled in Mumbai – with subliminal, minor fractures at its core that unravel through the series. As you get to know them better, you realise that each member has their own individual voids, dreams and aspirations. When asked about the show, the Director mentions that the family acts as a canvas for the city of Mumbai. The term ‘Salt’ is a metaphor here with respect to the city. If Mumbai’s salty air has such a noticeable impact on the things around us, assay this attribute with human beings – what does the air do to them?

Speaking about heading 3 different yet most crucial wings of any show, Rishabh says, “I believe most art forms have many facets, especially film-making. Direction or filmmaking as I like to call it, is a wholistic immersive creative process where you’re interacting with every stakeholder, department while providing a sense of a unipolar purpose or envisaged outcome. Writing is one of the aforementioned processes, but it’s where the story begins to germinate and I had good co-writers with me in Pranjal and Shashank. Production enables a filmmaker’s vision, and to me, it’s a thing of grace. There are a few producers on the show, I’m just a co-producer. All in all, I’ve had a great time assembling and working with the great cast on this one. The entire crew has put in a lot of heart into the show and I’m happy to share Salt City with you.” 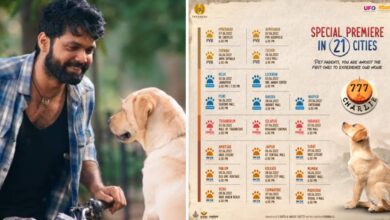 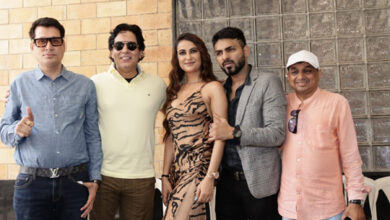