Hyderabad, November 08, 2021: Hyderabad based NGO Bhagwan Mahavir Jain Relief Foundation Trust (BMJRFT) achieves a record ten lakh Dialyses and creates a world record. It crossed this milestone on 14th October 2021 informed Mr. P.C. Parakh accompanied by all the trustees while addressing a press conference in the city on Monday at Bhagwan Mahavir Dialysis Centre at District Hospital in King Koti.

The Trust founded by 16 like-minded Jain friends of the city in the year 2009 has been offering Dialysis at Rs 300/- as against Rs 1200/- to 3000/- charged in Corporate Hospitals. What was started small 12 years ago has now become a very big humanitarian service being talked about across the world. It has 189 dialysis machines doing close to 500 dialyses sessions every day. The service is offered at 8 different locations and 5 associate hospitals, all in Hyderabad, except one in Jangaon. It has reduced financial burden to the patients, and saved well over INR 125 crore to the patients.

The Trust is registered under the societies act and donations to the Trust are exempt under 80G of Indian income tax laws.

The Dialysis wing at the King Koti Government hospital which is like the headquarter for the trust was refurbished at Rs 1.5 crore initially when it was started.  Mahavir Hospital where it is running the Dialysis centre is the biggest with 61 machines.

A function is being organized in the city on 13th November which will be graced by Mr KT Rama Rao, Hon’ble Minister for MA&UD, Ind. & Com. and IT. It will be held at Imperial Garden. The trust rededicates to serve more and save more lives and aims to achieve 2nd Million in much lesser time.

This program is scheduled to express its gratitude to donors, supporters, suppliers and employees, who made it possible.

Besides subsidized dialyses, BMJRFT also provides injections required to maintain hemoglobin and iron levels at prices that are very affordable. It has been supplying 14000 injections a month. These essential injections include Erythropoietin, Iron Sucrose, Levocarnitine and Dialysis kit. Erythropoietin 4K is provided at Rs 160/- against Rs 1890/- MRP offering 91% subsidy and Erythropoietin 10K at Rs 520/- at a subsiding 75% instead of its MRP at Rs 2167/-; Iron Sucrose is given at Rs 50/- against Rs 301/- at 85% subsidized price; Levocarnitine at Rs 50/- as against Rs 159/- MRP, subsidizing 69%. The dialysis kit is provided at 62% concessional cost of 62% at Rs 680/- as against the MRP price of 1800/-

It continued its service during the Covid without any interruption.  Post Covid the trust dedicated a 10-machine facility, with separate staff, exclusively for such Covid-recovered patients.

This model is also replicated at 14 different locations outside Telangana by some other organizations. The trust has provide technical support to them.   As of now the trust doest have any plans to expand to smaller towns because of operational limitations. They may take stock of situation in future and act accordingly.  The supervision in those places may be one such limiting factor.  It plans to start three more centers in Hyderabad one at Suchitra, second at Cherlapally and one will be in Secunderabad.

Our single objective is ‘no one should die for want of dialysis’. We haven’t ever refused to any single patient.  The trust has been enjoying very good support from the Government.

The trust also trained dialysis patients in meditation. Meditation is the medication it is said.  It is yielding good results, he added.

In India out of 100 kidney failure patients, only one goes for the kidney transplantation, 10 to 15 go for dialysis.  Rest are dying without the treatment he said.

Nearly Rs 2.5 crore is required to set up each centre informed Mr. Gautam Chand.  Each dialysis machine costs Rs 6.5 lakh. The operating cost for the each dialysis session costs the trust Rs 900/- to Rs 1000.

The trust was founded to provide affordable health care to financially weak members of society irrespective of caste and creed. The Trust has not only brought a smile to the face of the patients but also saved their families from the severe financial crisis.

The Trust started dialysis support in a small way to five patients with 16 Dialysis sessions at a private hospital in July 2009. Since then, there is no looking back and today, the Trust with eight of its Centers with 189 machines and with four associate hospitals provides dialysis services to more than 1100 patients in the twin cities.

The First Centre of the Trust was set up in 2011 at King Koti Government Hospital with 24 machines. The erstwhile Government of Andhra Pradesh offered 5000 sq. ft. built-up space in the King Kothi Hospital free of rent. This was a model project of partnership between the Government and this not-for-profit organization. Considering good work being done by the Trust, in 2016 the State Government allotted an additional 2500 Sq.ft  space and we added fifteen new Dialysis Machines making it a thirty-nine machines Center.

Considering the increasing demand for treatment and to reduce travel time for patients the Trust felt the need for opening more centers in different parts of the twin cities. Management of Ramdevrao Hospital, Kukkatpally, another philanthropic and charitable organization joined hands with us and our second Center was set up in this hospital with twelve Machines in July 2012. This centre was later expanded in stages to a forty-one-machine Centre.

Following the successful implementation of King Kothi and Kukatpally projects, the Trust set up another large Centre with 27 machines at Mahaveer Hospital, AC Guards, which operates four shifts. This Centre was later expanded making it a 61-machine Centre. Expanded facilities were inaugurated by the then governor of Andhra Pradesh and Telangana Shri E. S. L. Narasimhan in January 2018. At Mahaveer Hospital we have set up one of its kind facilities dedicated to HIV& HBV patients with eight machines. All consumables at this facility are discarded after one use. Despite the substantially high operating cost, we charge only Rs 300/- per dialysis to these patients also.

In a unique partnership with the Rotary Club of Hyderabad Deccan, Rotary International and Gurunanak Medical Center another Centre with eight machines was set up at Secunderabad Gurudwara. Our fifth Centre with five machines was opened in June 2018 at ZOI Hospital, Attapur.

It’s sixth Centre with eight machines was opened at Challa Hospital, Ameerpet on 28th July 2019 and the seventh Centre was opened at Indo American Hospital, Malakpet on the 13th November. One more centre with 10 machines was set up at Aler near the famous Jain pilgrimage Center of Kolanpak in July 2020. Secunderabad Centre was expanded last month by adding Three more machines.

Throughout the Corona pandemic, when many private hospitals stopped providing dialysis services, every one of our canters worked without interruption to ensure that no patient lost his or her life due to denial of treatment. Government regulations did not permit us to offer dialysis for patients who had tested positive for Covid-19. They had no option but to go to government hospitals. However, after the patients recovered and tested negative, private hospitals began to charge up to Rs.8,000 per dialysis session.

Those who wish to seek trusts, help may approach them with their Aadhar Card and patient history.

Marpu Foundation: Leading the Way in Sustainable Development and Volunteering in India

Rahul Borole, a young and dynamic social worker and politician, gained widespread recognition for his philanthropic work around Aurangabad

Marpu Foundation: Leading the Way in Sustainable Development and Volunteering in India

Rahul Borole, a young and dynamic social worker and politician, gained widespread recognition for his philanthropic work around Aurangabad 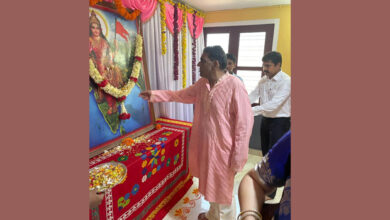 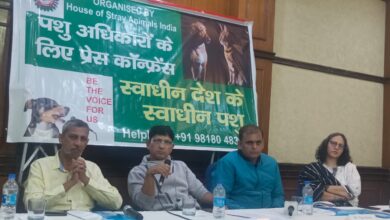 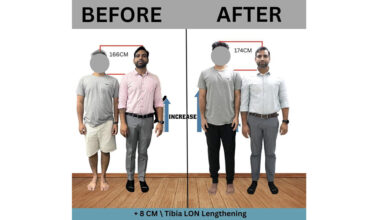 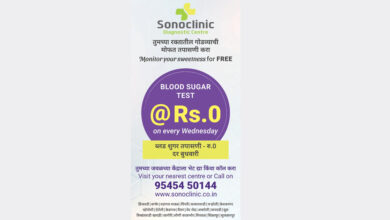