Production Director of Bhuj The Pride Of India, Narendra Rahurikar creates life like sets to fuel the war movie. For the first time in Indian cinema, fighter aircraft are recreated from the era of 1971.

Mumbai, Maharashtra [India]: The trailer of Ajay Devgn starrer, Bhuj: The Pride Of India showcases massive war and action sequences. The flying jets and blasts add to the appeal of the movie evoking an emotion of patriotism and are an integral part of the movie.

For the first time in Indian cinema, life like models with exteriors and interiors of multiple MiG-21 aircrafts of the Indian Air Force and Sabre Jets of the Pakistan Air Force have been made for the movie.

Narendra Rahurikar, the production director of Bhuj, excitedly recalls the process of making a model version of the Antonov An-12 aircraft, which the Indian Air Force had in 1971. This aircraft had a huge structure and on the demand of the action director and the movie, it had to be created in a manner that it would move with speed and look authentic from inside and out. Rahurikar and the team made it happen and the result will soon be on the silver screen.

“We fight to win and win with a knockout because there are no runners up in war. Same in art direction every set has to be up to the mark” says production director Narendra Rahurikar.

The Abhishek Dudhaiya directorial is based on real events from the 1971 Indo-Pak war when Pakistan attacked Bhuj airbase as part of Operation Chenghiz Khan. As Rahurikar mentions, “Bhuj of today is very different from the Bhuj of 1971”. “We researched in-depth about the era and recreated villages of Gujarat from Indian and Pakistan away from Bhuj to bring an authentic look to the movie” he added. Research for the movie wasn’t limited to the location, look and feel; the production director left no stone un-turned by looking after the minutest details from the army and air force accessories to anti-aircraft guns and trucks that were used back in 1971 for this war movie.

“It has happened for the first time in the history of Indian cinema that for the shoot of Bhuj: The Pride Of India, Narendra Rahurikar replicated about 30 aircrafts and tanks of the air force and air army,” says director, Abhishek Dudhaiya.

Inspired by the journey of IAF Squadron Vijay Karnik (Ajay Devgn), the trailer of Bhuj indicates that the audiences are in for some of the biggest action sequences Indian cinema has witnessed.

Creating sets and transforming spaces under his direction for over two decades, Narendra Rahurikar, a qualified Bachelor in Fine Art in Commercial Art has versatile experience in the field of design and innovation. From being bemused by the power of art in his college days to expanding his vision and horizon with time, he came a long way when he laid the foundation of his dream project D’FineArt. The company’s goal was to create a multi-dimensional portfolio and cater to all kinds of services in the media & entertainment industry beginning from Storyboards, Pre-visualization, Graphics, Animations apart from our basic specialty of production designing requirements for film & television fraternity.

Through his professional journey, he has worked on multiple movies like Chennai Express, Golmaal Series, Singham 2, Heropanti, Bol Bachchan, and more.

About Bhuj The Pride Of India

Bhuj: The Pride of India is set for a direct-to-digital release on Disney+ Hotstar on August 13, just two days before Independence Day. 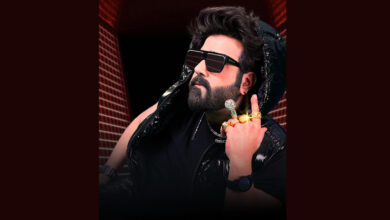